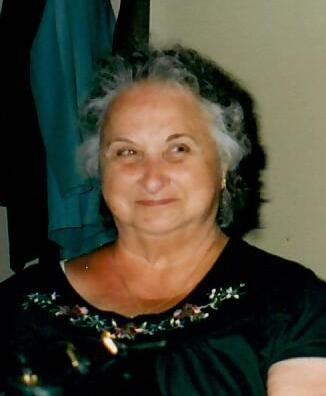 Please share a memory of Betty to include in a keepsake book for family and friends.
View Tribute Book
Elizabeth J. “Betty” Gardner 1931 – 2020 Ilion / Deansboro – Elizabeth J. “Betty” Gardner, 88, a resident of The Grand Rehabilitation and Nursing Facility in Ilion, formerly of Deansboro, passed away Friday, July 3, 2020 at the nursing home. Betty was born August 17, 1931 in Utica, NY, the daughter of Frank and Helen (Wilson) Cimino. She was raised and educated locally. On January 8, 1955, Betty married Edwin R. Gardner in Sacred Heart Church, Utica. Mr. Gardner passed away in 2009. She had been a waitress at Hamilton College in Clinton and also had been a cook at Casa-too-mucha Restaurant in New Hartford. Betty enjoyed doing puzzles, whether it be the crosswords or jigsaw puzzles. She was of the Catholic faith. Betty is survived by her son, Robert Gardner, Deansboro; four daughters, Gwen (& Angel) Quiles, NYC, Kathleen Swayze (& Tim Critchfield), Romulus, Tammy (& Bruce) Randall, NC, Laurie Bailey, GA; a sister and brother-in-law, Beverly and Jerry Porcelli, Utica. Also surviving are many grandchildren and great-grandchildren as well as several nieces, nephews, and cousins. Besides her husband, Betty is predeceased by a grandson, Aaron Wilkinson, and a great-grandson, Jayce Riley. Funeral arrangements, entrusted to R.P. Heintz Funeral Service, Inc., 10 East Park Row, Clinton, are being held privately at the convenience of the family. Interment will take place in Deansboro Cemetery. Those wishing may donate to Helmuth-Ingalls American Legion Post 232, Franklin Springs, in Betty’s memory. Online memorial and guestbook available at www.rpheintzfsi.com.

Share Your Memory of
Betty
Upload Your Memory View All Memories
Be the first to upload a memory!
Share A Memory
Send Flowers
Plant a Tree