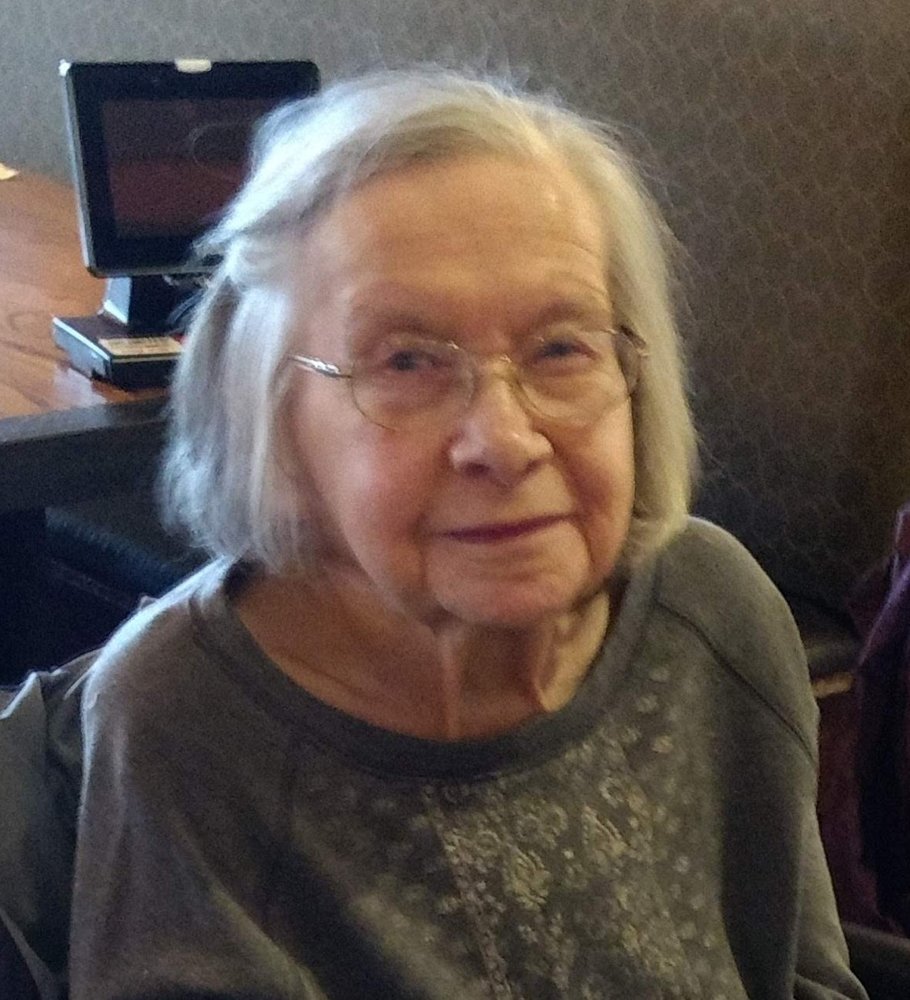 Please share a memory of Joan to include in a keepsake book for family and friends.
View Tribute Book
Joan M. Fleming 1932 – 2020 Deansboro – Joan M. Fleming, 88, a resident of nearly 2 years at Rome Memorial Hospital Residential Health Care Facility, formerly of Deansboro, passed away Wednesday, July 22, 2020 at the home. Joan was born May 17, 1932, in Utica, NY, the daughter of Carl and Helen (Klausner) Petersen. She was raised and educated in Westmoreland. On August 9, 1958, Joan married James Fleming and made their home and raised their family in Deansboro, NY. Mr. Fleming passed away in 2008. Joan was a stay-at-home mom, but also babysat for many of the neighborhood children through the years. She enjoyed puzzle books, word-finds, and playing bingo. Joan formerly attended Deansboro Congregational United Church of Christ with her family. Joan is survived by two daughters, Karen Fleming, Rome, Mary Lou Fleming, Madison; four sons and a daughter-in-law, James and Rose Fleming, Oneida, David Fleming, Deansboro, Michael Fleming, Hamilton, John Fleming, Hamilton; four grandchildren, Elisha, Amanda, Brandy, and Melissa; six great-grandchildren, Joshua, Jr., Noah, Jacob, Caleb, Eli, and Alivia. She is also survived by her dear friend and roommate, Mary Seaton as well as her family. Joan is predeceased by an infant grandson, James Fleming, two sisters, Doris Hunyadi and Ruth Whitaker, and two brothers, Donald and Edward Petersen. A private graveside service will be held for Mrs. Fleming at the convenience of the family. Interment will take place in Deansboro Cemetery. Relatives and friends may call at R.P. Heintz Funeral Service, Inc., 10 East Park Row, Clinton, Saturday, July 25, from 9:30 – 10:30 am. The family would like to offer their thanks and heartfelt appreciation to the nurses and staff of the Rome Residential HCF for the care and compassion shown to Joan and her family during her stay. In lieu of flowers, those wishing may donate to the facility’s activity department in Joan’s memory. Online memorial and guestbook available at www.rpheintzfsi.com.
Saturday
25
July

Share Your Memory of
Joan
Upload Your Memory View All Memories
Be the first to upload a memory!
Share A Memory
Send Flowers
Plant a Tree