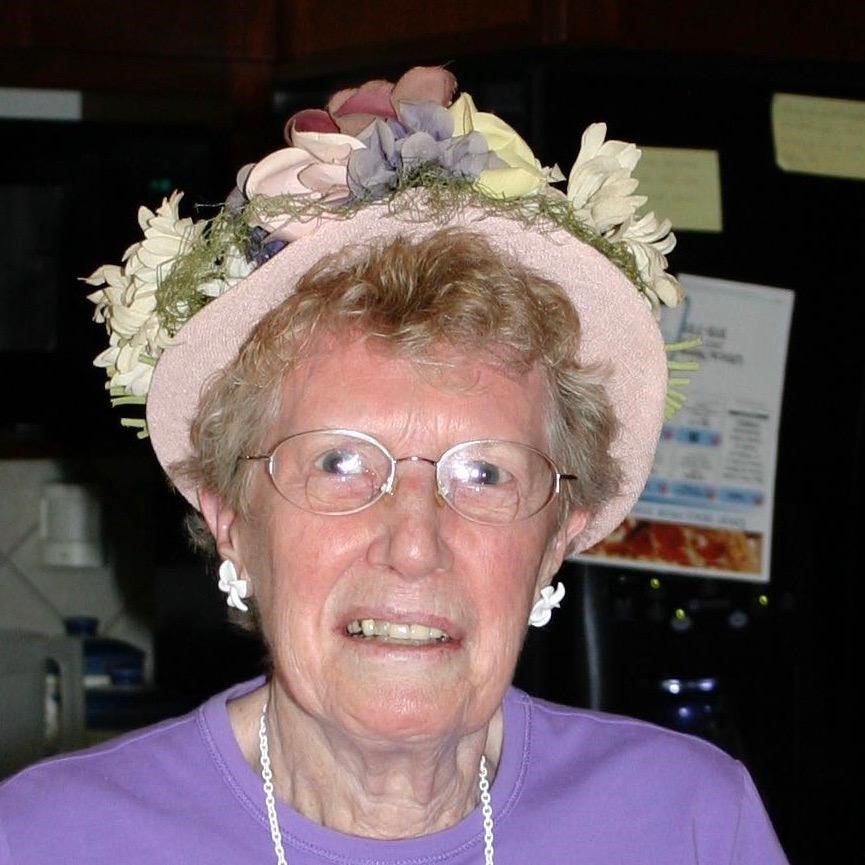 Please share a memory of Shirley to include in a keepsake book for family and friends.
View Tribute Book
Shirley J. Tallman 1927 – 2020 New Hartford – Shirley J. Tallman, 93, a resident of the Sitrin Health Care Center, formerly of New Hartford, passed away Sunday, August 30, 2020 at the home with her family by her side. Shirley was born April 21, 1927, in Utica, NY, the daughter of William and Mildred (Schreppel) Gerling. She was raised and educated locally, graduating from Utica Free Academy. On April 17, 1947, Shirley married William R. Tallman, sharing a union of 47 years before his passing in 1994. She had been employed with St. Elizabeth Hospital in Utica. Shirley had been an active member and former officer of the AARP; an active member of the UFA Alumni Association; and a member of the Whitestown American Legion Post 1113 Ladies Auxiliary. She took great pride volunteering at Faxton Hospital and also volunteered at the Stanley Performing Arts Center. In her younger years, Shirley enjoyed camping with her family and in later years, she enjoyed travelling worldwide. She also enjoyed knitting, reading and gardening. Shirley loved her time spent with her family, cherishing her time with her children, grandchildren, and great-grandchildren. Shirley is survived by three daughters and sons-in-law, Susan and David Kelsey, Clinton, Sandra and Jerome Getter, Clinton, Robin and Richard Gotie, Sauquoit; three sons and two daughters-in-law, Stephen and Kathleen Tallman, Fayetteville, Timothy and Cheryllyn Tallman, New Hartford, Kenneth Tallman, Sauquoit; fifteen grandchildren, Jonathan (& Ellen) Kelsey, Erin McBride, Sarah Kelsey, Nicholas Getter, Benjamin Getter, Danielle (& Jason) Wallace, Stephanie Tallman, Amanda (& James) Doxtator, Brenton (& Amanda) Gotie, Gregory (& Valerie) Gotie, Jason (& Liz) Tallman, Cale (& Margaret) Tallman, Ian (& Brenda) Tallman, Elizabeth Tallman, Ashleigh Tallman; as well as nineteen great-grandchildren. She is also survived by one brother, Michael Gerling, Florida and her Goddaughter, Vanessa Sowich, New Hartford. Besides her husband, Shirley is predeceased by a brother, William Gerling. Mrs. Tallman’s funeral will be held on Thursday, September 3, 2020 at 10:00 am at Our Lady of Lourdes Church in Utica where her Mass of Christian Burial will be celebrated. Interment will follow in Crown Hill Memorial Park, Kirkland. Arrangements are entrusted to R.P. Heintz Funeral Service, Inc., 10 East Park Row, Clinton. Those wishing may donate to St. Jude Children’s Research Hospital in Shirley’s memory. The family would like to thank the nurses and staff of the Sitrin Health Care Center, especially the Hawthorne House, for the care and compassion shown to Shirley and her family during her stay. Online memorial and guestbook available at www.rpheintzfsi.com.
Thursday
3
September

Share Your Memory of
Shirley
Upload Your Memory View All Memories
Be the first to upload a memory!
Share A Memory
Send Flowers
Plant a Tree