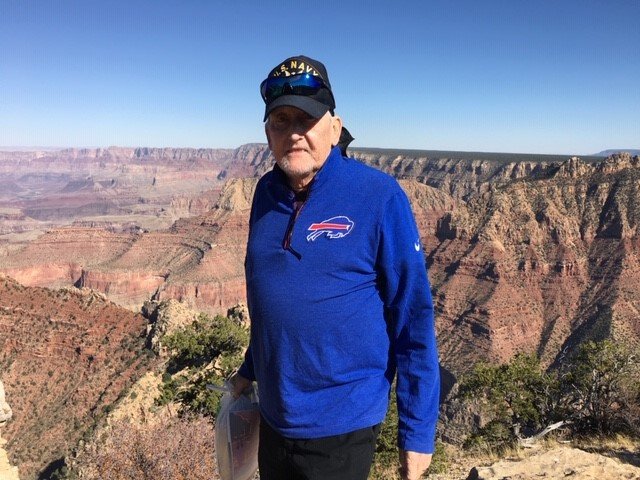 Please share a memory of John to include in a keepsake book for family and friends.
View Tribute Book
John J. Cassidy, Jr. 1945 - 2020 CLINTON - John J. Cassidy, Jr., passed away peacefully on Tuesday, December 1, 2020 in his home, after a long illness, with his wife and daughter by his side. John was born in Brooklyn, NY on March 3, 1945. John (known as Jack) was the son of the late Caroline Marcella McGuinnes and John Joseph Cassidy, Sr. As a Brooklynite, Jack had great pride in his “heritage” and could explain the importance of folding a piece of pizza on a subway while reading the paper, having a “city attitude” and strut, knowing the best places that sold hard bread, and where the greatest bagel and delis were located. He personified his name in that Jack had a plethora of jobs throughout his life including working in film as a sound engineer, director of facilities for a health care company, sold HVAC equipment (tripling the company’s output within two years), and co-owner of Facilities Management Services, Inc. Jack had a great love of many things (theatre, camping, football (Bills fan), doo-wops, walking in the city,) but nothing compared to the love for his wife and 6 daughters. He was, in Arabic terms, Abu el Banat, “Father of daughters only” and, unlike this somewhat taunting phrase suggests, Jack loved the fact that he only had his “girls” as he called them and “wouldn’t know what to do with sons.” As a kid growing up in Brooklyn in the 1950s, Jack was a spirited and adventurous sort who, after graduating from high school, decided to join the navy in search of more structure. His stint took him to Vietnam from 1962-66. He served on the U.S.S. Chilton (Apa-38) working on a ship as the engineer for landing air craft. Later in life, Jack wore his navy hat wherever he went and always seemed to find fellow veterans to share their stories. In fact, Jack had a knack for striking up conversations wherever he went. He somehow could get even the most shy or reserved folks to engage in dialogue. Jack would have wanted folks to know that he had been sober for the past 42 years and also quick smoking for a good 45 years. This was a testament to his strong spirit and personality. When he walked into a social setting, he seemed to fill the space with his persona and laughter. His openness about who he was offered him the greatest of friendships, some of which lasted since his boyhood. Jack is survived by his beloved wife, Elaine Heekin; and daughters, Sheryl Plotner (VA), Cynthia (& Greg) Harlow (VA), Kelly Cassidy (VA), Caroline Cassidy (& Michael), (CA), Courtney (& David) Morrow (VA), and Mei Cassidy-Heekin (NY). Also surviving are 6 Grandchildren: Chase and Chelsea Harlow, Randy Sampson and Charity Craun, Finley and Simon Morrow, plus two great-grandchildren: Grayson and Riley Bergman. He was preceded in death by his parents, and brother, James Willis. Jack’s Celebration of Life will be held privately at the convenience of the family. Donations in Jack’s honor can be sent to your local VFW: https://www.volunteer.va.gov/apps/VolunteerNow/ Arrangements are entrusted to R.P. Heintz Funeral Service, Inc., 10 East Park Row, Clinton. Online memorial and guestbook available at www,rpheintzfsi.com.