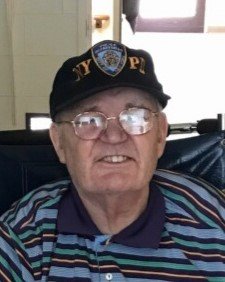 Obituary of Patrick A. Mangan

Please share a memory of Patrick to include in a keepsake book for family and friends.
View Tribute Book
Patrick Albert Mangan 1950 - 2021 WATERVILLE - On Thursday, January 28, 2021, at the Waterville Residential Care Center, Patrick Albert Mangan, age 70, left this earth and ascended to Heaven to rejoin his parents and two older brothers. Pat was born in Utica on July 24, 1950, the son of Lawrence and Frances (Doyle) Mangan. He lived the last 51 years in Waterville. Prior to moving to Waterville, he lived seven years in New Jersey and seven years in South Carolina. In the early 1980’s, Pat was named the “Sidewalk Superintendent” by Waterville’s Mayor. It was a job he cherished. He would report directly to the Mayor, informing him of the location of sidewalks in the Village that needed repair – some of which still do. Pat spent many of his years working locally. He spent 11 years at the Oneida County BOCES, and then moved on to the Oneida County ARC until his retirement. Pat was active in the Special Olympics for a number of years, winning many medals. He was an avid New York Yankees fan and was always optimistic about his Yankees saying “The Yankees will win it all this year.” He also was the "captain" of the undefeated "St. Bernard's softball team." Pat is survived by his brothers, Michael (Darcell) Mangan, of Salisbury, NC and Kevin (Carmen) Mangan of Raleigh, NC. He is also survived by two sisters, Maureen Finn of Baldwinsville and Kathleen (Thomas) McNamara of Waterville. Additionally, Pat is survived by numerous nieces, nephews, grand-nieces and grand-nephews. He was preceded in death by his parents, Lawrence and Frances Mangan and his brothers, Terence and Dennis Mangan. Mr. Mangan’s funeral will be held on Friday, February 5, 2021 at 10:00 am at St. Bernard’s Catholic Church in Waterville where his Mass of Christian Burial will be celebrated. A spring interment will take place in St. Bernard’s Cemetery, Waterville. There are no public calling hours. Arrangements are entrusted to the R.P. Heintz Funeral Service, Inc., 10 East Park Row, Clinton. St. Bernard's Church will be live-streaming Pat's Funeral Mass at: https://www.facebook.com/Route20Catholic. Online memorial and guestbook available at www.rpheintzfsi.com. In lieu of flowers, the family has asked that donations be made to the Special Olympics or the St. Bernard’s Memorial Fund in Pat’s name. "Channel 1" welcomely opened up for you, Pat. Fly high with the Angels. We love you!
Friday
5
February

Share Your Memory of
Patrick
Upload Your Memory View All Memories
Be the first to upload a memory!
Share A Memory
Send Flowers
Plant a Tree