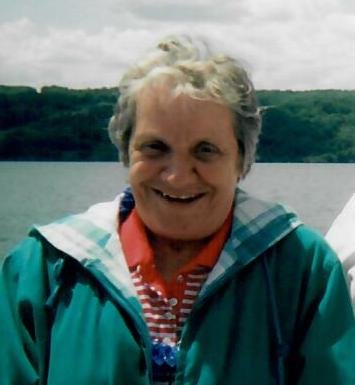 Please share a memory of Carol to include in a keepsake book for family and friends.
View Tribute Book
Carol Jane (Burns) Zasa 1937 – 2021 Utica – Carol Jane (Burns) Zasa, 84, of Utica, formerly of Clinton, went home to be with Our Lord and Savior, Sunday, March 21, 2021. Carol was born March 11, 1937 in Clinton, NY, the daughter of Patrick and Mary (Ellis) Burns. She was raised and educated in Clinton, where she graduated Class of 1955. On May 30, 1958, Carol married Rocco Anthony Zasa, sharing a union of 54 years, until his passing in 2009. Carol had been employed as an underwriter by Utica Mutual Insurance Co. as well as the Utica Fire Dept. Carol retired from these positions to raise her family. While her children attended Mount Carmel School, she volunteered with the PTA, as a playground monitor, and helped with activities like square dancing. In her later years, Carol loved her time in the Utica School System, where she worked in food service at General Herkimer and Columbus. She made many good friends in over her 15 years working there. Carol’s most cherished times were those spent with family. Together, they would enjoy short trips, whether it be to Clinton, the Zoo, or Sylvan Beach. There were many other family activities, such as teatime or watching Lawrence Welk, playing cards or going to the Turning Stone Casino. She always loved going to summer concerts with her family. Carol spent most of her life living on Jay Street in Utica, where there was never a dull moment and someone was always coming to visit or sit outside in the nice weather. Carol found great delight in taking trips with her sons and their families, one being to the Jersey Shore. She had taken bus trips to places like Alex Bay, Lake George, Niagara Falls, New York City, Boston, and Cape Cod, and went as far as Chicago and Mexico. Carol was a devoted animal and nature lover. She enjoyed feeding the wild birds and would feed and care for stray cats. Carol had a great sense of humor and a deep sense of faith, having belonged to St. Mary’s Church in Clinton and then St. Mary of Mount Carmel / Blessed Sacrament Church in Utica. She loved her Catholic faith and was a member of Mount Carmel Society. Carol will be remembered, most of all, as a loving and devoted wife, mother, and grandmother. Carol is survived by her devoted sons, Joseph Zasa (& Darlene Bowman), Patrick (& Margherita) Zasa, Rocco Zasa, Jr., and Michael Zasa; her grandchildren, Rocco III (& Noelle), Patrick (& fiancée, Kelly), Mitchell, and Isabella; her great grandchildren, Rocco IV, Joey, Patrick, Jr., and Riley. She is also survived by four sisters-in-law, Emiko Burns, Bette Burns, Dottie Burns and Carmella Abbott, as well as many nieces and nephews. Also, feline companions which had been strays that she fed daily, Buttercup and Moe. Besides her husband Rocco, and her parents, Patrick and Mary, she is predeceased by 7 brothers, Robert, Vincent, Michael, Thomas, Patrick, William, Lawrence, and a sister, Joan; in-laws, Leta Burns, Mildred Zasa, Saverio Zasa, Joseph and Theresa Tocco, Leo and Louise Abbott, and Joseph Abbott. Mrs. Zasa’s Funeral Mass will take place Saturday, March 27, 2021 at 11:00 am at St. Mary of Mount Carmel / Blessed Sacrament Church in Utica where her Mass of Christian Burial will be celebrated by Rev. James Cesta. Interment will take place privately in St. Agnes Cemetery, Utica. Honoring Carol’s wishes, there are no calling hours. In lieu of flowers, those wishing may donate to EWTN, Notre Dame Jr & Sr High School, St. Jude Children’s Research Hospital, or Spring Farm Cares in Carol’s memory. Arrangements are entrusted to R.P. Heintz Funeral Service, Inc., 10 East Park Row, Clinton. Online memorial and guestbook available at www.rpheintzfsi.com.
Saturday
27
March

Share Your Memory of
Carol
Upload Your Memory View All Memories
Be the first to upload a memory!
Share A Memory
Send Flowers
Plant a Tree