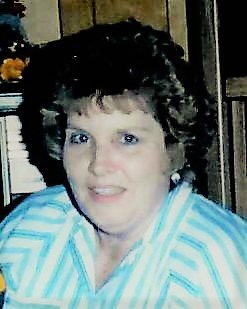 Please share a memory of Edith to include in a keepsake book for family and friends.
View Tribute Book
Edith M. Wrobel 1937 – 2021 DEANSBORO – Edith M. “Edie” (Pfohl) Wrobel, 84, passed away peacefully while in the care of the Sitrin Home in New Hartford, NY, on the morning of Saturday, July 17, 2021. Edie was born on March 3, 1937 in Clinton, NY to Theodore Robert Pfohl and the former Thelma Rose. Sadly, Edie’s mother passed away during childbirth when Edie was only four years old. He father remarried (Margaret) and three more children soon came along. Edie, being the oldest of six children, helped her step-mother care for her siblings, becoming like a second mother to them. On December 15, 1956, Edie was united in marriage to her high school sweetheart, Daniel Richard Wrobel, at St. Bernard’s Catholic Church in Waterville, NY. Their union of over 65 years was blessed with four children, Danny, Kathy, Debbie, and Cindy. Edie was a wonderful daughter, sister, wife, mother, grandmother, and great-grandmother. Edie was a loyal employee of Grand Union for over 25 years. After her retirement, she filled her days with tending to her beautiful flowers, walking her beloved dog, Fergie, on the trail, visiting friends, and last but not least, watching sports. Over the years, Edie was a fan of many sports, including hockey, football, tennis, but her greatest passion was her beloved New York Yankees. She and her sister, Barbie, made many trips to Cooperstown where Edie found new treasures to add to her extensive Yankee memorabilia collection. Edie leaves behind to mourn her passing, her husband, Daniel R. Wrobel, Sr., Deansboro; her son, Daniel (& Susie) Wrobel, Jr., Clinton; her daughters, Kathy (& Richard) Ashcraft, Columbus, OH, Deborah A Wrobel (& Keith Miner), Waterville, NY; a son-in-law, Gary Mlasgar, Eaton; grandchildren, Brandon T. (& Courtney) Wrobel, Nicholas D. Roberts, Cheri M. Faries, and Amanda L. Roberts, as well as many great grandchildren. Also surviving are her siblings, Barbara Krough, Theodore (& Heather) Pfohl, and Delores Pfohl (& Bill). She was predeceased by her parents and stepmother, two sisters, and youngest daughter, Cindy Lee Mlasgar, who passed away October 18, 2017 after a courageous battle with breast cancer. Mrs. Wrobel’s funeral services, entrusted to R.P. Heintz Funeral Service, Inc., 10 East Park Row, Clinton, are being held privately at the convenience of the family. Private interment will take place in St. Bernard’s Cemetery, Waterville. Those wishing may donate to the American Cancer Society or to your local humane society in Edie’s memory. Online memorial and guestbook available at www.rpheintzfsi.com.