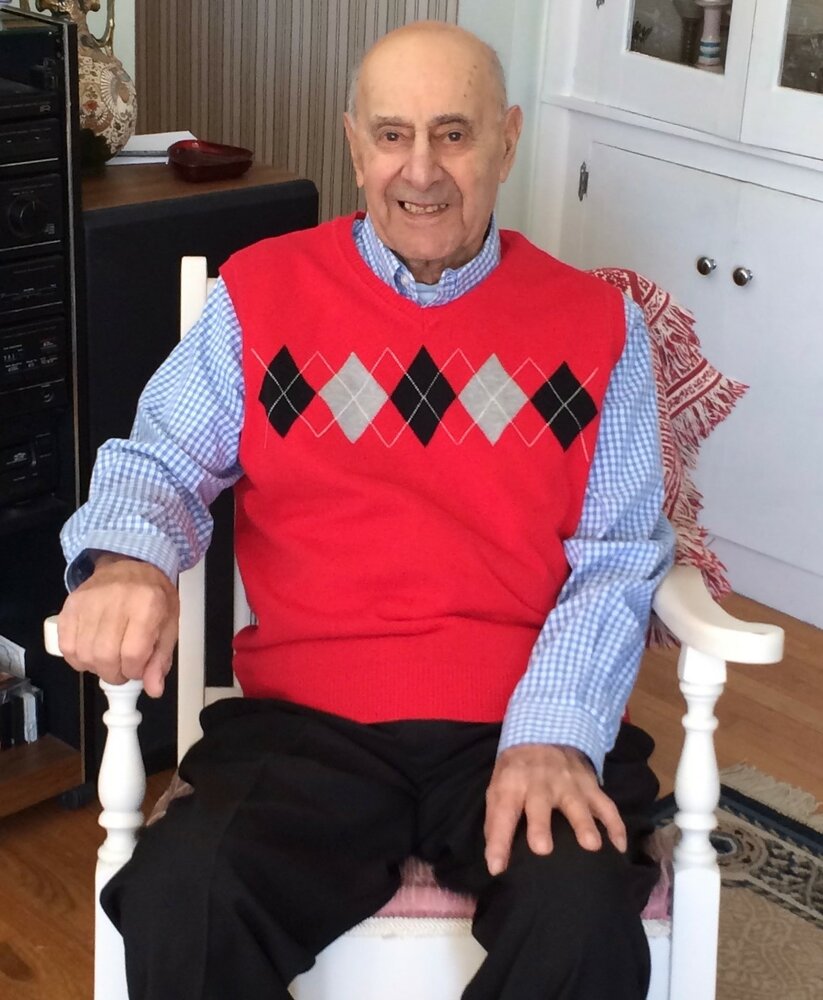 Obituary of James A. Moses

Please share a memory of James to include in a keepsake book for family and friends.
View Tribute Book
James A. Moses 1921 - 2022 New Hartford – James A. Moses, 100, of New Hartford, formerly of Norton Ave. in Clinton, passed away Monday, January 10, 2022 at his home. James was born March 29, 1921, in Utica, NY, the son of James and Anna (Nojeim) Moses. He was raised and educated in Utica and went on to serve his country with the Army Air Corps as a sergeant during World War II, specifically in the Pacific Theater on Okinawa. On March 18, 1945, James married Laurice Baz in San Antonio, Texas, sharing a devoted, loving union of nearly 77 years. James retired as a purchasing agent from Hamilton College in Clinton, where he’d worked for many years. He was a member of the Clinton Volunteer Fire Dept., the Oriska-Val Seniors, Helmuth-Ingalls American Legion Post #232 and the Oneida County American Legion. James was recently recognized by both American Legions as being their oldest surviving member. James enjoyed a very long and fulfilling life. He was fun-loving and kind, with a strong sense of honor. He most enjoyed time spent with family, neighbors and friends, fishing at West Canada Falls, throwing horseshoes and Jarts, playing (especially winning) cards with friends old and new, and extensive travel around the country. James took great pride in his home, which was always warm and welcoming, along with his gardens and landscaping, which were always flourishing but constantly being perfected. However, James was most proud of his beautiful wife and her exceptional Lebanese cooking, with a special emphasis on her outstanding tabouli. James is survived by his beloved wife, Laurice Moses; two daughters, Shelley Moses, Vernon, and Jamie (& Michael) LaPorte, Newport; very special granddaughter, Sarah Hemendinger Basu (& Neil Basu); two great-granddaughters, Maebel and Sylvie Basu; grandsons George LaPorte and Thomas LaPorte; as well as by many devoted nieces and nephews who thought of Uncle Jimmy as a father. He is predeceased by two sisters, Florence Orford and Virginia Jones Zipko. A memorial service and burial will take place in the spring with date and time to be announced. Those wishing may donate to St. Louis Gonzaga Church, 520 Rutger St., Utica, NY 13501, where James was a lifelong parishioner. Arrangements are entrusted to R.P. Heintz Funeral Service, Inc., 10 East Park Row, Clinton. Online memorial and guestbook available at www.rpheintzfsi.com
Print