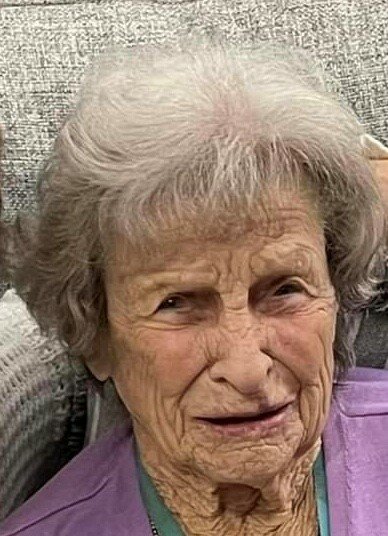 Please share a memory of Eleanor to include in a keepsake book for family and friends.
View Tribute Book

Eleanor was born June 21, 1925 in New Breman, NY, the daughter of Clarence John and Arlean Louise (Campany) Strife.  She was raised and educated in Old Forge, NY, and went to college in her 40’s, earning a degree from Utica College.  On June 21, 1952, Eleanor was united in marriage to Edward C. “Ted” Conboy in Old Forge.  The shared a loving and devoted union until his passing on April 9, 1997.  She was employed in the Agway business office in New Hartford for many years until her retirement.

Eleanor was a past member of the Yahnundasis Golf Club in New Hartford, and of the Skenandoa Golf Club in Clinton.  She was a past member of the Utica Curling Club and of the Debonair Dance Group in Utica.  Eleanor was involved in art classes at the Munson-Williams-Proctor Art Institute in Utica, and also several groups in Sunset Beach, NC, where she sold many of her works of art at galleries there.  She was also an avid and accomplished Dressage Equestrian.

Eleanor and Ted had travelled the world together and she continued after his passing.

Those wishing may donate to your local hospice care organization in Eleanor’s memory.

A Memorial Tree was planted for Eleanor
We are deeply sorry for your loss ~ the staff at R.P. Heintz Funeral Service, Inc.
Join in honoring their life - plant a memorial tree
Online Memory & Photo Sharing Event
Online Event
About this Event

Share Your Memory of
Eleanor
Upload Your Memory View All Memories
Be the first to upload a memory!
Share A Memory
Plant a Tree