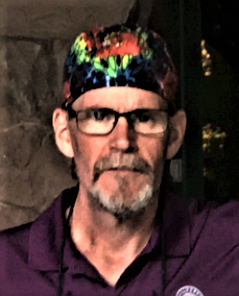 Please share a memory of John to include in a keepsake book for family and friends.
View Tribute Book

John was born December 27, 1961, in New Hartford, the son of John D. and Mary (Clifford) Emery.  He was raised and educated in New Hartford.  He was employed for 28 years with Smurfit-Stone Container (formerly Mohawk Containers) before moving on to International Paper Company in Utica.  On June 18, 1988, John married the love of his life, Cari, and they shared 34 years together. He had 3 children who brought him great joy, as well as their special grandson/son Evan. He was a great father that spent many Saturday mornings taking his son, Daniel to hockey, which he greatly enjoyed. He never missed a Spartan Spectacular or Dome performance for his daughter Sara or for Evan later down the road. Even in the freezing cold, after a 72+ hour work week, he would get up and take Amanda on her paper route, through which he teased her mercilessly.  He will be sorely missed by his family, as he was always our guiding light.  He was a member of the Sons of the American Legion, Post 1376, New Hartford, of the Elks Club, Yorkville, of the Trenton Fish and Game Club, and of St. Thomas Church in New Hartford.  John enjoyed being a woodworker as well, especially around his home. He was a kind and gentle man, whose love was boundless. He brought laughter to everyone he loved and enriched so many lives as he traveled through this life.

Mr. Emery’s funeral will be held Tuesday, March 20, 2018 at 10:00 am at St. Thomas Church, New Hartford where his Mass of Christian Burial will be celebrated.  Interment will follow in Mount Olivet Cemetery, Whitestown.  Relatives and friends may call at the R.P. Heintz Funeral Home, 10 East Park Row, Clinton, on Monday, from 2 – 5 pm.

Those wishing may donate to the American Brain Tumor Association or Hospice & Palliative Care, Inc. in John’s memory.