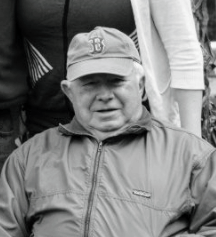 Please share a memory of Richard to include in a keepsake book for family and friends.
View Tribute Book

Dick was born October 23, 1942 in Oneida, NY, the son of Robert and Elva (Bean) Crane.  He was raised and educated in the Madison school system. Dick had owned and operated AAlco Septic and Sewer in Knoxboro and Crane Farms in Knoxboro. Dick had several side trades in addition to his farming, including woodworking and beekeeping. He enjoyed fishing and riding his ranger around to visit and barter with neighboring farmers.  Dick was of the Catholic faith, although he used to joke with his family and friends that he belonged to the “First Church of Lightning”.

Mr. Crane’s funeral will be held Friday, May 25, 2018 at 12:00 pm at St. Joseph’s Church in Oriskany Falls, where his Mass of Christian Burial will be celebrated.  Interment will follow in Augusta Cemetery.  In keeping with Dick’s wishes, there are no calling hours.  Arrangements are entrusted to the R.P. Heintz Funeral Home, 10 East Park Row, Clinton.

Those wishing may make donations to Augusta Cemetery in Dick’s memory.