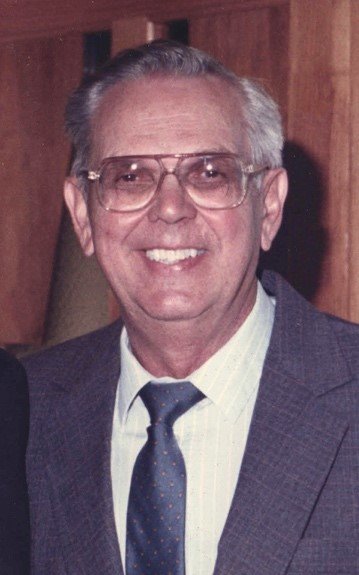 Please share a memory of Joseph to include in a keepsake book for family and friends.
View Tribute Book

Rochester/Clinton- Joseph J. Lelio, 92, of Rochester, formerly of Clinton and New Hartford, passed away Tuesday, January 29, 2019 at the Advent House in Fairport, NY, surrounded by his family.

Joe was born September 8, 1926 in Binghamton, NY.  He was raised and educated in Binghamton and went on to attend Syracuse University – University College.  Joe served his country with the US Navy during World War II and was called up from the Navy reserves to serve during the Korean War aboard the U.S.S. New Jersey.  On March 29, 1951, Joe married the love of his life, Mary “Betty” McAllister, in Syracuse.  The couple shared a blessed union of 62 years until Betty’s passing on June 13, 2013.  Joe was employed with General Electric in Utica for 41 years until his retirement in April of 1989.  For many years Joe served his community volunteering in various ways, including at the Presbyterian Home for CNY and as a Literacy volunteer. Joe also established and ran a program which would collect used toys, refurbish and distribute them to the local underprivileged children.  Joe was a communicant of St. Thomas Church in New Hartford for over 50 years.  He was of the Christian faith.

Funeral services are being held privately at the convenience of the family.  Interment will take place in Crown Hill Memorial Park, Kirkland.  Those wishing may donate in Joe’s memory to Advent House, 1010 Moseley Rd, Fairport, NY 14450.

Share Your Memory of
Joseph
Upload Your Memory View All Memories
Be the first to upload a memory!
Share A Memory
Send Flowers
Plant a Tree