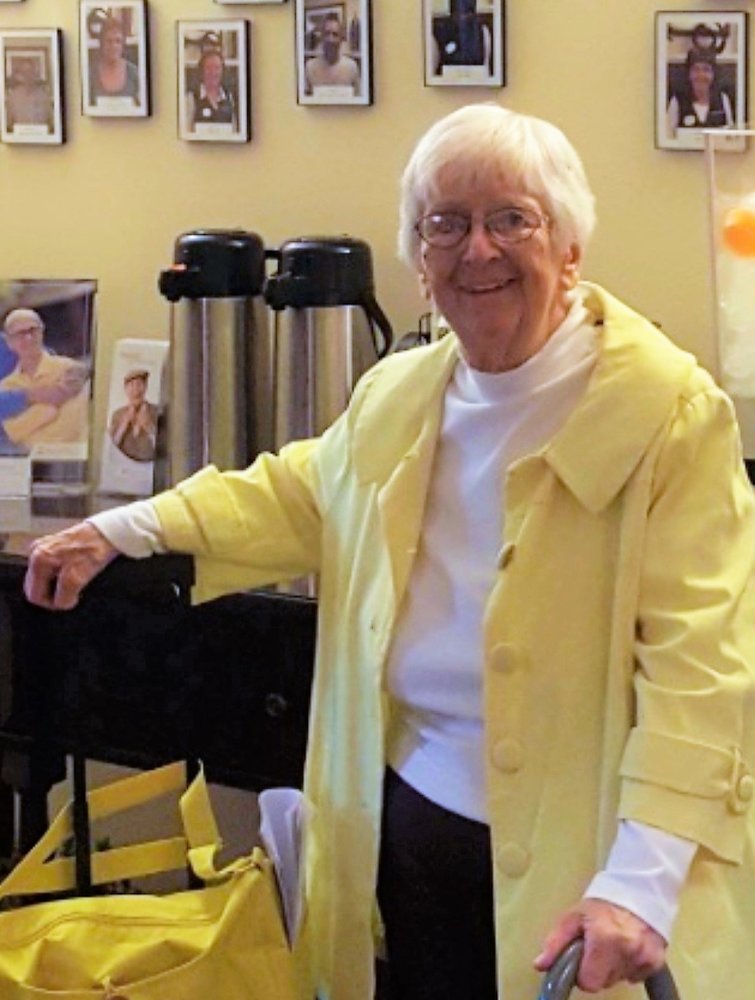 Please share a memory of Janet to include in a keepsake book for family and friends.
View Tribute Book

Janet was born on August 18, 1930, in Clinton, NY, the daughter of the late Frances J and Florence (Roberts) Collmer. She graduated from Clinton High School in 1948 and St. Elizabeth School of Nursing in 1951. Janet worked as a Registered Nurse for over fifteen years at Memorial Sloan Kettering Cancer Center in NYC, and retired in 1988 from the Presbyterian Home in New Hartford. She was a lifelong member of St. Mary's Church Clinton, and St. Mary’s women’s club, as well as St. Elizabeth’s Alumni group, the Utica Stamp Club, and the Clinton Historical Society. She was currently serving as president of the Resident Council at Brookdale Senior Living, and was extremely proud of founding Brookdale's first Retired Nurses Club.

Miss Collmer’s funeral will be held on Friday, April 5, 2019 at 10:00 am at St. Mary’s Church in Clinton where her Mass of Christian Burial will be celebrated.  Interment, in St. Mary’s Parish Cemetery, will be held privately at the convenience of the family.  Relatives and friends are invited to call at R.P. Heintz Funeral Service, Inc., 10 East Park Row, Clinton on Thursday evening, from 4 – 6 pm.

In lieu of flowers, those wishing may donate to Spring Farm Cares in Janet’s memory.

The family wishes to thank Sharon Meyer, Tatiana Hansen, Kim Waterman, and the entire Staff of Brookdale Senior Living for their care, compassion and friendship.

Share Your Memory of
Janet
Upload Your Memory View All Memories
Be the first to upload a memory!
Share A Memory
Send Flowers
Plant a Tree