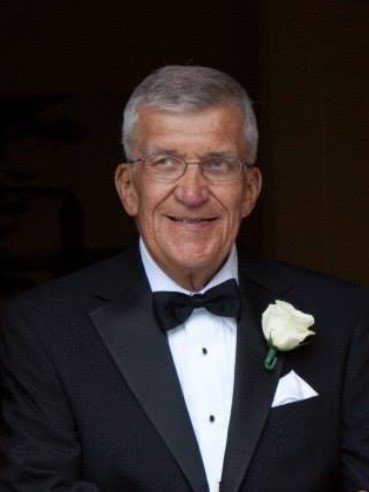 Please share a memory of John to include in a keepsake book for family and friends.
View Tribute Book

King of Prussia, PA / Clinton, NY – John R. “Jack” Berney, 79, of King of Prussia, PA, formerly of Ilion and Clinton, husband of Anna (Torchia) Berney, passed away Monday, May 20, 2019 the Hospital of the University of Pennsylvania in Philadelphia, with his family by his side.

Jack was born July 27, 1939, in Utica, NY, the son of Robert and Marion (Bookberger) Berney.  He was raised and educated in Utica, attending St. Francis de Sales Elementary and Utica Free Academy.  Jack went on to serve his country with the US Army, stationed in Germany.  On August 13, 1978, Jack married Anna Torchia in Frankfort, NY.  He had worked for Lennon’s WB Wilcox Jewelers in Utica and later in New Hartford until his retirement.  Jack was a member of St. Mary’s Church in Clinton, prior to his recent move to Pennsylvania.  He had also been a member of the New Hartford American Legion, where he especially enjoyed his Tuesday lunches with the guys.

Mr. Berney’s funeral will be held on Tuesday, May 28, 2019 at 11:00 am at St. Mary’s Church in Clinton, where his Mass of Christian Burial will be celebrated.  Interment will take place in St. Mary’s Parish Cemetery.  There are no calling hours.

Those wishing may donate to St. Mary’s Church in Jack’s memory.

The family offers their thanks and heartfelt appreciation to the medical team of the ICU at the Hospital of the University of Pennsylvania for the care and compassion shown during his stay.