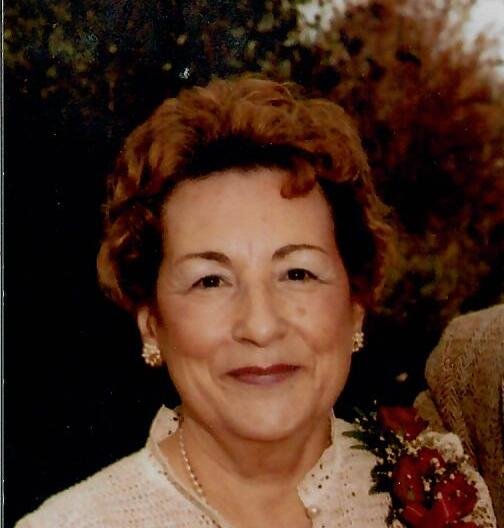 Please share a memory of Marie to include in a keepsake book for family and friends.
View Tribute Book

NEW HARTFORD – Marie C. Kistner, 99, a resident of St. Luke’s Home, formerly of New Hartford, passed away at the nursing home on Sunday, September 29, 2019 with her family at her side.

Marie was born on August 19, 1920 in Utica, NY, the daughter of J. Nelson and Agnes (Hameline) Greineder.  She attended Sacred Heart School in Utica and graduated from Whitesboro High School.  On August 17, 1946, Marie married John J. Kistner at the Church of the Sacred Heart in Utica.  Mr. Kistner passed away in 2000.  Marie had been employed as an underwriter for Utica Mutual Insurance Company until her retirement.  She was a founding member of St. Thomas Church in New Hartford as well as the St. Thomas Legion of Mary and the St. Thomas Women’s Club.  Marie was an avid volunteer with church programs.  She was a coordinator for religious services at the Presbyterian home in New Hartford. In her spare time, Marie loved to read.

Mrs. Kistner’s funeral will be held at 10:30 am on Thursday, October 3, 2019 at St. Thomas Church in New Hartford where her Mass of Christian Burial will be celebrated.  Interment will follow in Kirkland Cemetery.  Arrangements are entrusted to R.P. Heintz Funeral Service, Inc., 10 East Park Row, Clinton.

The family would like to thank the nurses and staff of the St. Luke’s Home, especially Barton West, for the care and compassion given to Marie during her stay.