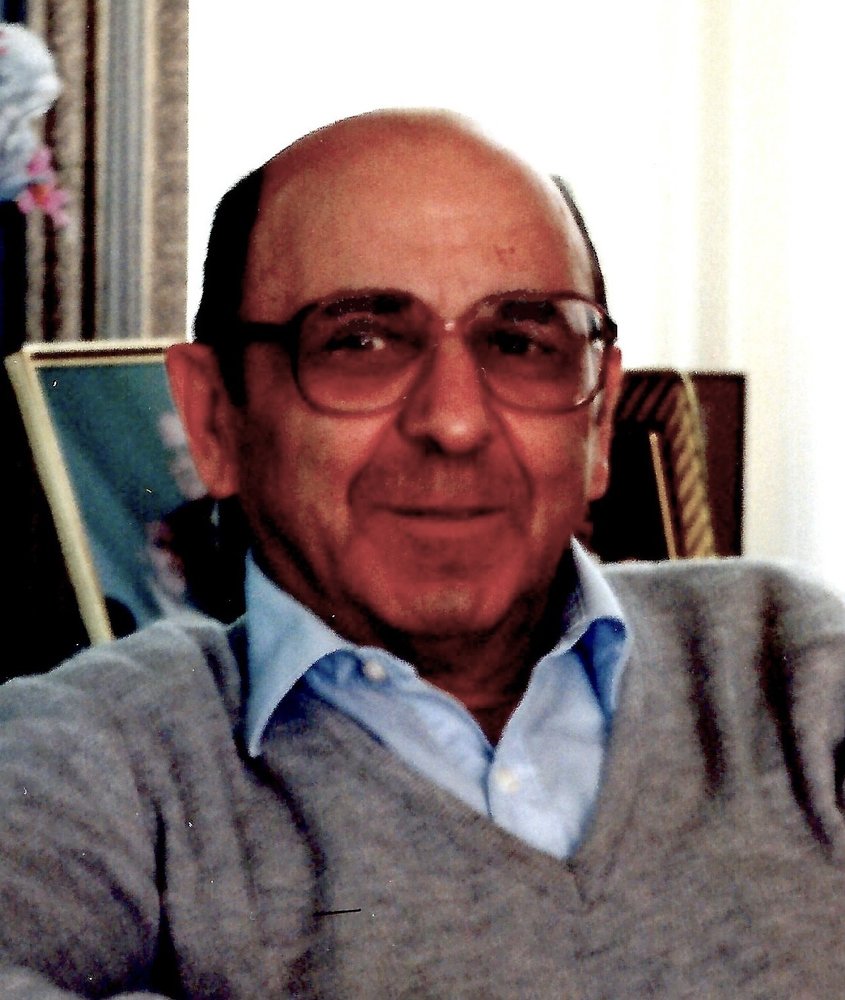 Please share a memory of Anthony to include in a keepsake book for family and friends.
View Tribute Book
Anthony J. George 1929 – 2019 UTICA – Anthony J. “Tommy” George, 90, of Utica, husband of Charleen (Gallagher) George, went home to be with the Lord, Christmas morning, December 25, 2019, with his family by his side. Tony was born February 10, 1929 in Utica, the son of Assad and Barbara (Bulus) George. He was raised and educated locally and went on to attend Utica College. Tony served his country with the US Army, during the Korean War. Upon his return, he went to Syracuse University, earning two Masters Degrees in Economics and in History and Government. Tony had begun his working career in the family business – George Farms, Inc. After earning his degrees, he became a teacher, employed with John F. Kennedy High School in Utica. Throughout his teaching career, he stayed connected to George Farms, taking care of the financial aspects of the business. On June 30, 1973, Tony married Charleen Gallagher, sharing a blessed union of 46 years. Tony will be remembered as a true intellectual with a young soul. He was an avid reader and he loved music. In his younger years, he enjoyed downhill skiing and enjoyed traveling throughout his life. Tony is survived by his beloved wife, Charleen George, Utica; two sisters and brothers-in-law, Sadie and Joseph Aquilino, Sewickley, PA, Bernie and Art Steneri, Hamilton; a brother, Joseph George, Utica; In-laws, Doris and Terrence Gibbons, Staten Island, NY, Terrance and Elba Gallagher, Jonesboro, GA, Margaret and Thomas Garry, Westfield, NJ, and Therese Gallagher, Utica. Also surviving are many nieces, nephews, great-nieces, and great-nephews, including very special great-nieces, Lauren, Megan, and Kathleen. He is predeceased by three sisters and brothers-in-law, Ann “Nugh” and Benny Koury, Shemoney and George Koury, Mary Ann “Nij” George; a brother, James “Choc” George; a sister-in-law, Madlyn George; and a brother-in-law, Charles J. Gallagher, Jr. Mr. George’s funeral will be held Saturday, January 4, 2020 at 11:30 am at St. Bernard’s Catholic Church in Waterville, where his Mass of Christian Burial will be celebrated. Interment in St. Bernard’s Cemetery, Waterville, will take place in the spring at the convenience of the family. Relatives and friends are invited to call at R.P. Heintz Funeral Service, Inc., 10 East Park Row, Clinton, on Thursday evening, from 7 – 9 pm, and Friday, from 2 – 4, and 7 – 9 pm. Those wishing may donate to Memorial Sloan Kettering Cancer Center in Tony’s memory. Envelopes will be available at the funeral home.
Print
Thursday
2
January