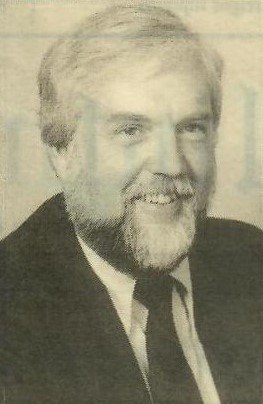 Please share a memory of Harvey to include in a keepsake book for family and friends.
View Tribute Book
Harvey N. Yando 1934 – 2020 CLINTON – Harvey N. Yando, 85, of Clinton, passed away Tuesday morning, January 14, 2020 in the comfort of his home. Harvey was born February 15, 1934 in Saranac Lake, NY the son of Harvey M. and Cornelia (Pendergast) Yando. He was raised and educated in Clinton, graduating from Clinton High School in 1952. Harvey went on to serve his country with the US Air Force during and after the Korean War. On July 27, 1979, Harvey married Donna Evans, sharing a union of over 40 years. He began his employment with General Electric, working there for 16 years. He then got into the insurance business, working at Prudential for eleven years before partnering with Connie McDonald in the McDonald-Yando Insurance Company. Harvey finished his career working with Bailey, Haskell, and LaLonde Insurance. As a young man, Harvey played both fast and slow pitch softball. He was also very involved in Little League Baseball – coaching Little League, Pony League, and Babe Ruth League. He also coached youth basketball. Harvey was a huge SU fan, especially football and basketball. He ushered at the Syracuse Dome for 18 years, loving every minute. He belonged to various clubs and organizations and held many positions in them, including Clinton Kiwanis, Past President; Clinton Jaycees (later to become the Kirkland Jaycees), Charter Member and Past President and also awarded the JCI Senatorship as a life member; Helmuth-Ingalls American Legion Post #232. He was a member of the Lutheran Homes Board of Directors, the Clinton School Foundation, the Clinton Alumni Association, and the Mohawk Valley Underwriters. Harvey also served the community as a Counselman for the Town of Kirkland. He received two awards from the American Heart Association for Volunteer of the Year, and one award from the Nurturing Center for Volunteer of the Year. Harvey served as chairman for Clinton’s first Christmas Parade and later was named Grand Marshall of the Christmas Parade. Harvey is survived by his wife, Donna Yando, Clinton; six children, Phyllis Calloway, Clinton, Carol James, Oregon, Nick (and Katya) Yando, Colorado, John (and Leslie) Yando, Florida, Jeanette Yando, Washington D.C., Paula Johnson, Georgia; three step-children, Robert (and Terry) Williams, Clinton, David Williams, Clinton, Daniel (and Gina) Williams, New Hartford; three siblings, Carol (and Pete) Manna, Whitesboro, Ronald (and Connie) Yando, Clinton, Cynthia (and Richard) Heintz, Clinton. He is also survived by 15 grandchildren, 6 great-grandchildren as well as many nieces, nephews, great-nieces and great-nephews and countless dear friends. Harvey is predeceased by his sister, Bonnie Burns and by his friend and business partner, Connie McDonald. Mr. Yando’s Funeral Mass will be held Saturday, January 18, 2020 at 10:30 am at the Church of the Annunciation, Clark Mills where his Mass of Christian Burial will be celebrated. Interment in Forest Hill Cemetery, Utica will take place privately at the convenience of the family. Relatives and friends are invited to call at R.P. Heintz Funeral Service, Inc., 10 East Park Row, Clinton, Friday evening, from 4 – 7 pm. Those wishing may donate to the American Heart Association or to Hospice & Palliative Care, Inc., in Harvey’s memory.
Friday
17
January

Share Your Memory of
Harvey
Upload Your Memory View All Memories
Be the first to upload a memory!
Share A Memory
Send Flowers
Plant a Tree