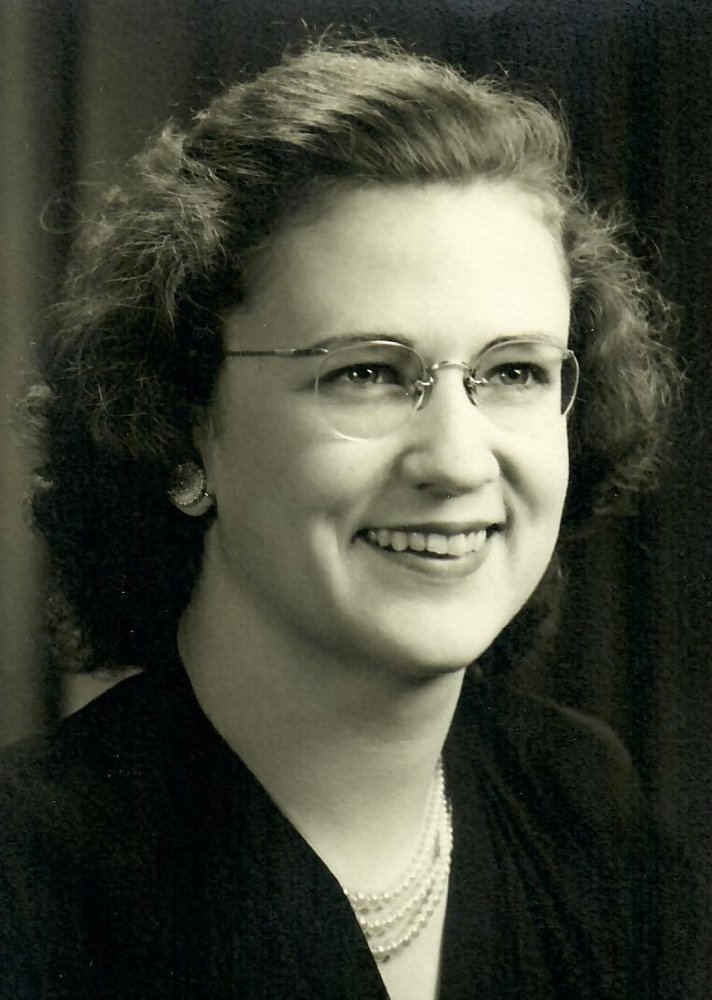 Please share a memory of Audrey to include in a keepsake book for family and friends.
View Tribute Book
Indian Lake/ Clinton 1924 - 2020 Audrey Fagan Cote, 95, formerly of Clinton, passed away at the Presbyterian Home for Central New York on Thursday, March 5, 2020. She was born the third child of James and Nancy W. Fagan at their family farm in Indian Lake, N.Y. Audrey graduated from Indian Lake Central School. From there she graduated Albany Business College. While working at the DMV in Albany, she met and married Joseph A. Cote. Together, they lived and worked in Dayton, Ohio for several years before moving to Clinton, N.Y. Audrey worked as an office manager at Rome Cable and for Aetna Insurance Company. They both were very active with St. Mary’s Catholic Church in Clinton. They were both generous supporters of family members, especially with college needs and their home while attending graduate programs. After her retirement, they traveled extensively with Lions Club International to Venezuela, Bermuda, California and Ireland. Audrey was very proud of her Irish Heritage. In later years, they spent winters in New Mexico and Arizona in their campers. She is survived by her sister, Nancy A. Roblee; brother-in-law, James Gereau; sister-in-law, Polly Fagan; niece Rebecca Gereau- Pelchar; nephews, James & Sterling Goodspeed, Timothy & Patrick Fagan and James, William, Michael and Daniel Gereau. She is predeceased in 2008 by her husband of 62 years, Joe Cote. Besides her parents, she is also predeceased by her twin siblings, James Fagan Jr. (Catherine), Jane Fagan Goodspeed (Sterling) and her younger brother, F. Thomas Fagan. Many thanks to her neighbors, Gay Wood and family, Anna Madore and family and Ed and Shirley Hwas for their help and support throughout the years. Her Funeral Mass will be held on Wednesday, March 11, 2020 at 11:00 am at St. Mary’s Church, 13 Marvin Street, Clinton, New York where her Mass of Christian Burial will be celebrated. A spring interment will take place in St. Mary’s Cemetery, Clinton.
Wednesday
11
March

Share Your Memory of
Audrey
Upload Your Memory View All Memories
Be the first to upload a memory!
Share A Memory
Send Flowers
Plant a Tree