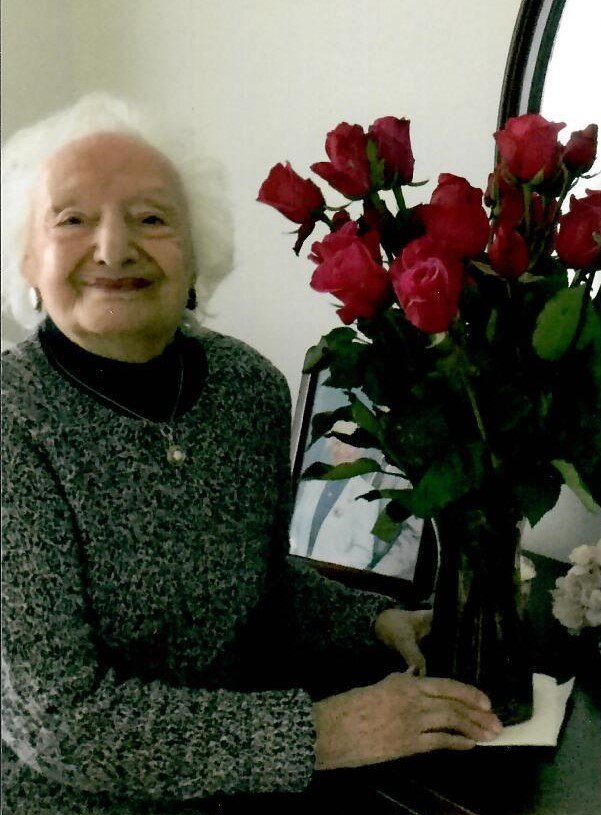 Please share a memory of Ann to include in a keepsake book for family and friends.
View Tribute Book

Ann was born February 17, 1916 in Utica, NY, the daughter of Lucian and Rose (George) Leone.  She was raised and educated in Utica and a graduate of Utica Free Academy.  On May 11, 1946, Ann married Angelo “Morgan” Moracco at Our Lady of Lourdes Church in Utica.  Mr. Moracco passed away in 1999.  Ann was employed with Commercial Travelers in Utica, and later at “Elizabeth’s” dress shop in Clinton.  She was a member of St. Mary’s Church in Clinton.  Ann had been a volunteer at Clinton Elementary School and was a member and past president of the PTA.  She was also a member at the Skenandoa Golf Club.

Mrs. Moracco’s funeral will be held on Tuesday, September 25, 2018 at 9:30 am at St. Mary’s Church in Clinton where her Mass of Christian Burial will be celebrated.  Interment will follow in Calvary Cemetery, Utica.  Relatives and friends are invited to call at the R.P. Heintz Funeral Home, 10 East Park Row, Clinton, Monday evening, from 4 – 6 pm.

Those wishing may donate to St. Jude Children’s Research Hospital in Ann’s memory.

Share Your Memory of
Ann
Upload Your Memory View All Memories
Be the first to upload a memory!
Share A Memory
Send Flowers
Plant a Tree